About Experiments In Theater

Led by Rhode Island native, Valerie Remillard, Experiments in Theater provides a challenging and supportive environment where young people can explore and exceed their creative potential.  Our productions and showcases include costumes, sets and props, but we prioritize our performers ahead of these visual elements. Our goal is for performers and their families to be more impressed with the student accomplishments in our programs than how our program is “dressed.”

Experiments in Theater delivers  an honest and supportive approach to training young actors that incorporates building confidence, collaboration, self awareness, work ethic and professionalism. We prioritize process over product.

Valerie Remillard is a professional teaching artist, director, actor, singer and entrepreneur who has spent the past 30 years building the life she wants in the theater. 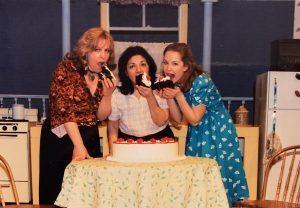 Her first exposure to live theater began in a church basement in her neighborhood where youth groups rehearsed and performed plays and musical revues for parish-wide drama festivals and community events. Those initial experiences motivated Valerie to get involved in her high school chorus and drama club. From there, she discovered community theater, where she performed throughout Rhode Island with actors of all ages and levels of experience.

Valerie received her first paycheck for acting only a few weeks after turning 18 and accepting admission to Wheaton College in Norton, MA where she majored in Theater. 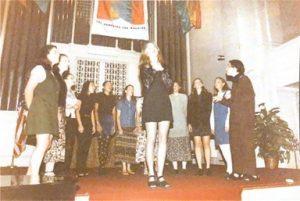 At Wheaton, Valerie was the recipient of the Mary Elizabeth Robinson Murphy Scholarship, an endowed scholarship that was awarded to her as a result of her academic success and achievements in music. Wheaton is also where Valerie tried her hand at directing for the first time. She was a junior in college when she directed her first full-length play, I Hate Hamlet, a comedy by Paul Rudnick. She also served as the public relations manager for Wheaton’s theater department, performed for four years with the a cappella singing group The Whims; serving as their tour manager for a year prior to becoming their musical director in her senior year.

After college, Valerie was New York City bound! Armed with roughly $2500 she had earned working multiple jobs in her last semester of college, a smelly, abandoned barcalounger that she found in her dorm, her clothes and every theater book she’d ever read, Valerie visited NYC the day after graduation, found an apartment and was packing a uhaul less than one week after her degree had been conferred. 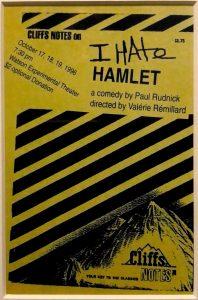 While living in New York, Valerie landed several low-paying acting and singing jobs while working various non-acting jobs to pay the bills. She worked for a year at the Roundabout Theater Company in their fundraising department where she met several celebrities and attended many fancy opening night parties to which she wore discounted, department store dresses and hand-me-down heels.

Valerie changed course three years later and returned to her Rhode Island roots after completing a production contract with the Creative Arts Team (CAT) at NYU. While working as the production manager for CAT on a musical called Minus One, Valerie had the opportunity to tour elementary and middle schools in all 5 boroughs of New York City, share socially relevant plays and facilitate talk backs with the students. This is when Valerie first became excited about the possibility of combining her career aspirations in theater with her passion for teaching and child development. This pivotal discovery, her desire to be geographically closer to her family and the high cost of living in New York prompted her to pack all her things in a Uhaul once again and head back home. 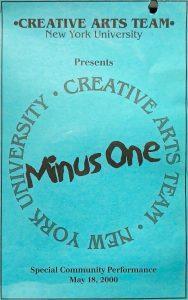 Since returning to Rhode Island, Valerie has acquired a diverse range of professional experiences in the arts and education. She spent three years working for Grammy nominated children’s performer Bill Harley at his independent record label, five years as a parish cantor and music director and five years as co-owner and operations manager for a successful Internet business that provided online piano lessons. She currently works part time for the East Greenwich school district as the Executive Director of the Cultural Organization of the Arts.

While maintaining these positions respectively, Valerie continued to perform, direct and teach theater across southeastern New England through Experiments in Theater. 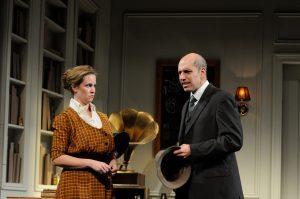 Ms. Valerie loves teaching and leading a rehearsal AS MUCH as she enjoys performing so don’t ask her which one she loves best! Her favorite roles over the years include Babe in Crimes of the Heart, Germaine in Picasso at the Lapin Agile, Queen Elizabeth in Richard III, Mrs. Pearce in My Fair Lady, Yenchna in Fools, Caroline in Frost/Nixon and Jenny in the Rhode Island Lottery Holiday Instant Ticket commercials.

She still lives in Rhode Island with her two precocious children, Annika (12) and Connor (14).

Annika is planning on taking over the family business someday.